While the act of washing your hands is intended to remove bacteria from your hands, the act of drying them can actually create just as many harmful contaminants.

Since bacteria likes to grow on wet hands, hand drying has become an incredibly important topic for anyone who owns a facility with a restroom.  Traditionally paper towels were the gold standard, but the invention of the hand dryer lent itself to a cheaper and more sustainable alternative.

However, there has been a lot of recent discussion as to whether hand dryers are actually more hygienic than paper towels.

Here we take a look at the actual research that has been done on the issue.

There has been an intense amount of debate on this issue, but too much of it has been based on unscientific sources, biased studies, and even anecdotal evidence (as you probably saw in this infamous social media post about hand dryers, Petri dishes, and an undergraduate microbiology assignment gone viral).

In order to actually answer the question regarding the most hygienic way to wash hands, it's important to take a look at the research, considering the source, the method, and who funded it.

There are three main categories of research when it comes to comparing the various ways to dry hands from a hygienic perspective.  (This discounts the anecdotal and social media sources in favor of scientific and peer-reviewed research.)

Basically, it all comes down to who funds the research.

I say "opinionated" because "biased" is too strong a word, but this category comprises the studies that have been bankrolled by either the paper towel companies or the hand dryer industry.

While it is possible to go through all these studies individually and give a thorough critique of the methodologies and findings, it is probably a more logical choice to rely on the findings reached in studies that were conducted by unbiased, third party agencies.

Logically, the most unbiased source of information would be studies that were conducted by a third-party with no affiliation with either paper towels or hand dryers.  The Mayo Clinic has conducted two different studies on the level of hygiene when drying hands with paper towels versus hand dryers.

The first study that was performed by the Mayo Clinic showed there were no statistically significant differences between the four methods of drying studied (Gustafson et al., 2000).

The second study (Huang, Ma, & Stack, 2012) was a meta-analysis that reviewed the evidence from 12 independent studies on how well various drying methods performed.  This study came to the conclusion that paper towels were more effective from a hygiene viewpoint when compared to hand dryers, but that issues such as skin irritation, environmental effect, and cost could make it more beneficial to use hand dryers in areas where hygiene isn't as paramount (as opposed to hospitals or medical clinics).

However, it should be noted that this study cites Patrick, Findon, and Miller (1997) as their source of information on hand dryers.  This study uses a generic brand hand dryer that used 40 seconds of hot air to dry hands.  This is hardly the case for many of the more current and technologically-advanced hand dryers on the market over 20 years later.

Overall, most independent sources (such as this New York Times review or this study by the Journal of Hospital Infection) say that paper towels and generic hand dryers are pretty much tied when it comes to hygiene.

So Which is More Hygienic?

If you take into account, the research is fairly divided between generic hand dryers and paper towels when it comes to hygiene alone.  (This is not taking into account other features such restroom cleanliness, cost, or environmental impact.)

However, you'll notice the emphasis on the word generic.  There are many different types, styles, and variations of hand dryers on the market and there is a huge differential in how well the different hand dryers handle the issue of hygiene.

For example, even research with a heavy opinion against hand dryers shows that certain hand dryer features can have a measurable impact on hygiene, such as the fact that hand dryers with a high-efficiency particle air (HEPA) filter are 75% more effective in removing bacteria than those without them.

This shows that factors between different brands of hand dryers are potentially just as significant as whether one uses a hand dryer or a paper towel.

The most recent research on the subject, a 2019 article in the Journal of Hospital Infection (Mutters & Warnes, 2019) studied Dyson hand dryers specifically and found that there were significantly fewer bacteria on the hands after drying with a Dyson hand dryer compared to other methods of drying one's hands.

The most recent research on the subject leads to the suggestion that, while generic hand dryers and paper towels are roughly tied in terms of hygiene, Dyson hand dryers do provide a significant hygiene advantage both compared to paper towels and other brands of hand dryers.

(Also, as a Dyson distributor, we're obviously most interested in how Dyson hand dryers stack up to the competition.)

You can see these facts and more on Dyson's website, but we wanted to take a look at how Dyson performs specifically on these key metrics.

Dyson hand dryers dry hands in 12-14 seconds.  This is significantly faster than other brands of hand dryers, such as the ones used in one of the above studies which took up to 40 seconds to dry hands.

This is essential because the shortened dry time has shown to reduce bacteria transfer by up to 40%.

The actual exterior surface of a Dyson hand dryer has been coated with an antimicrobial additive.  This is aimed at preventing the growth of mold and bacteria on the hand dryer surface.

As mentioned above, all Dyson hand dryers come with HEPA filtration.  This means they have a filter that captures 99.97% of any particles larger than 0.3 microns.

There is a great deal of research on whether paper towels or hand dryers do a better job of drying hands and removing bacteria.  Much of the research on the topic is biased, methodologically unsound, or funded by a company with a clear stake in the outcome.

The most recent unbiased research on the topic suggests that paper towels and generic hand dryers do a similar job of hygienically drying hands, but that Dyson brand hand dryers are more hygienic than either paper towels or other brands of hand dryers. 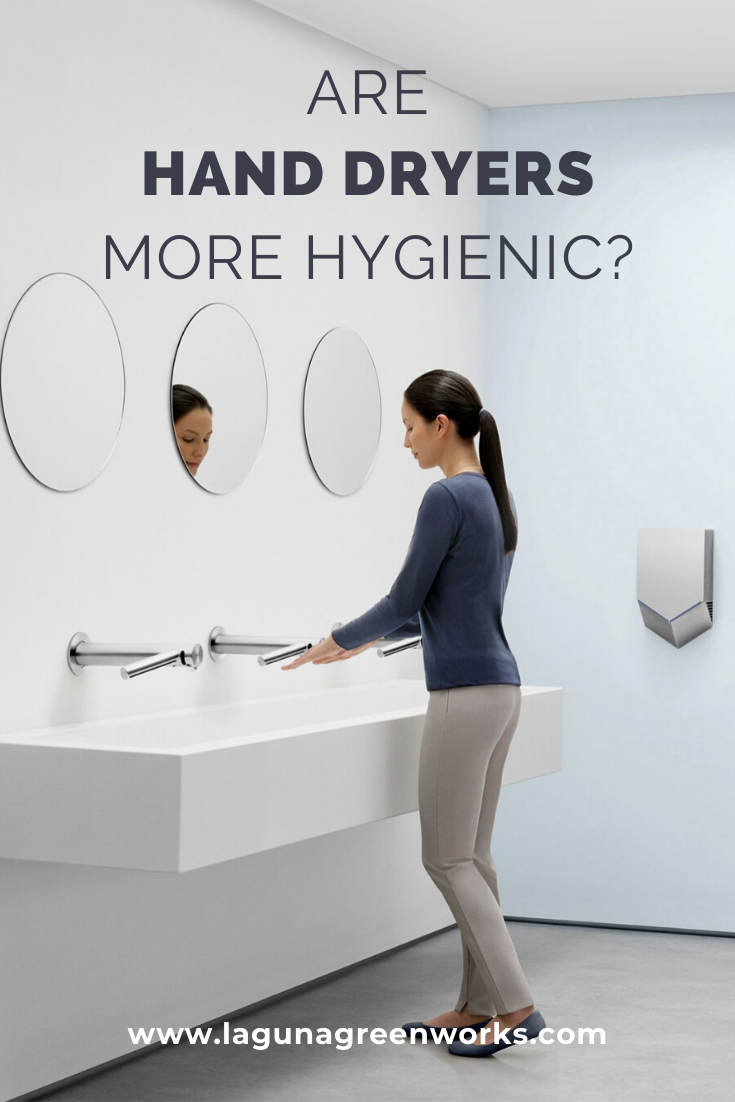 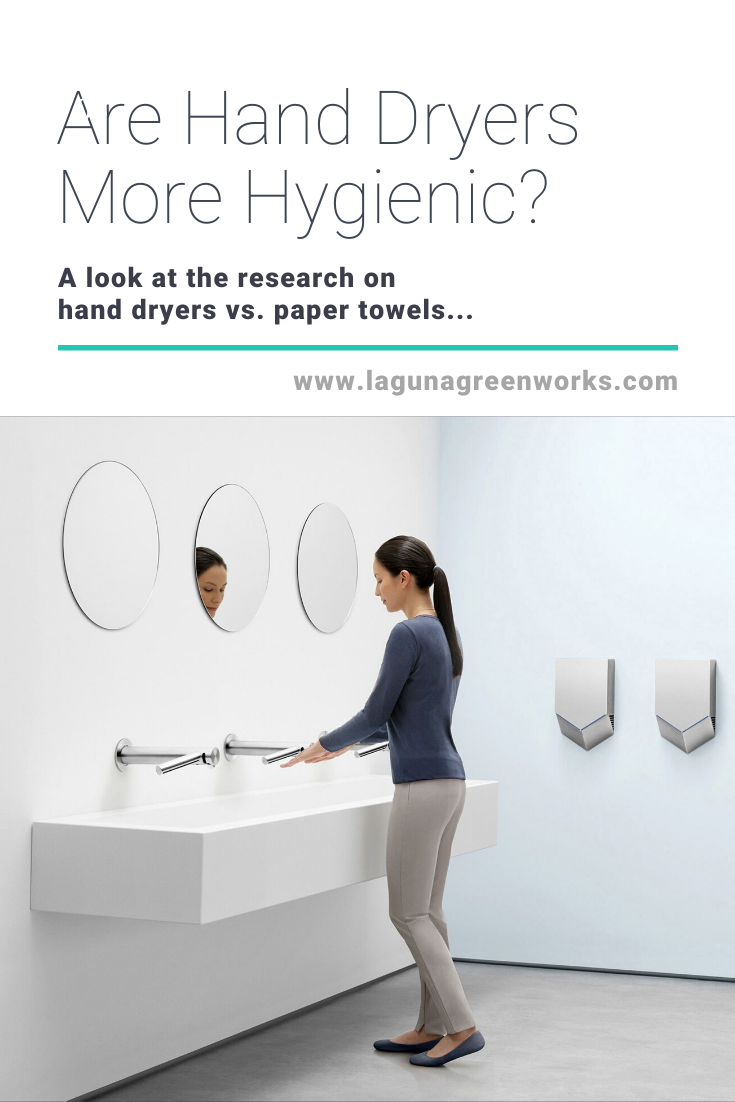 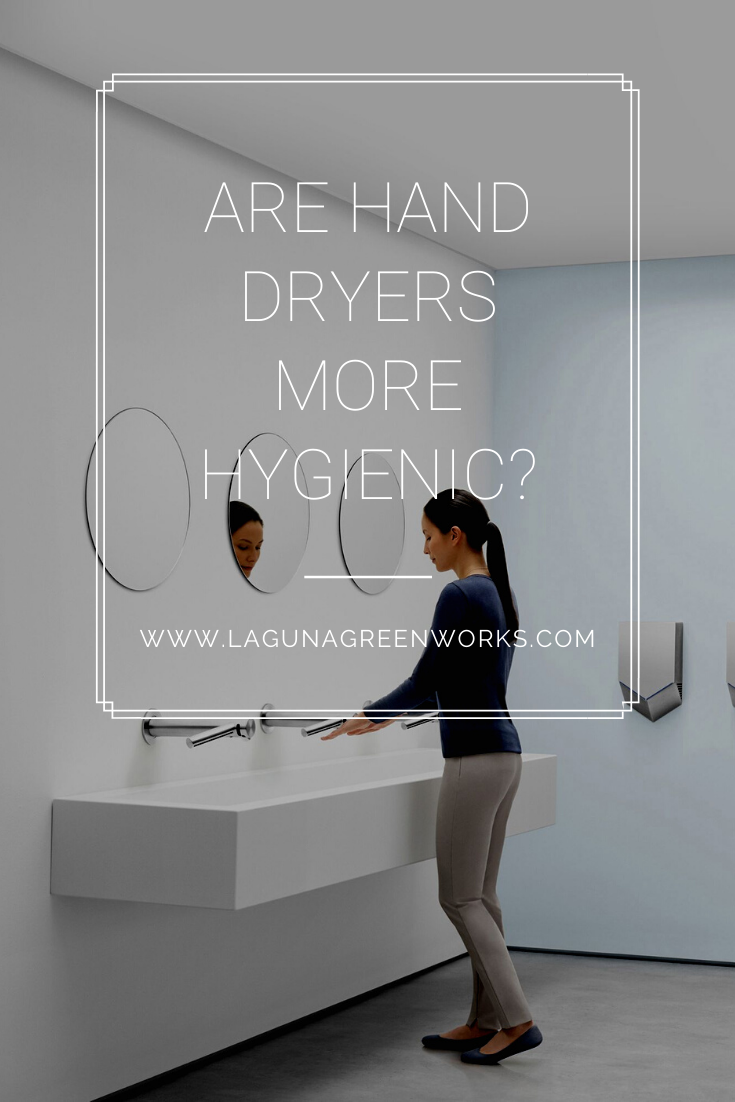 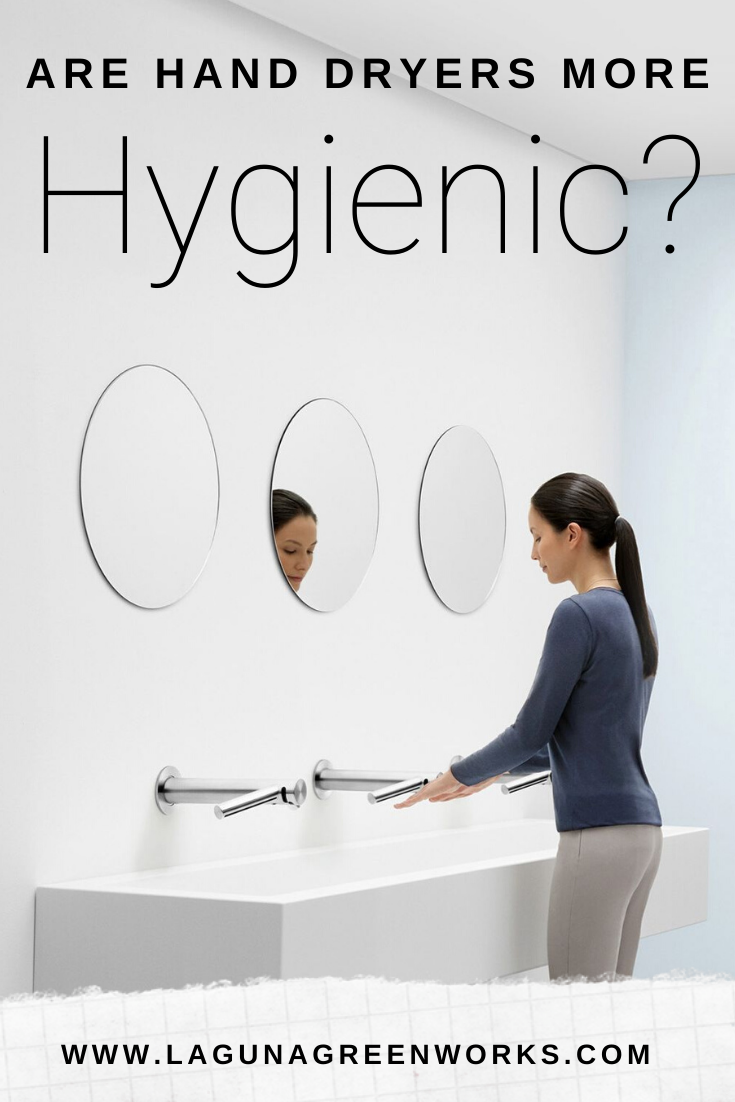